When high school teacher Paul Sherman took over WAVE (Wirreanda Adaptive Vocational Education) five years ago it had 64 students. Today it has 134, and a growing reputation for engaging those who are drifting.
WAVE is a school within a school, set in the grounds of Wirreanda Secondary School at Morphett Vale in Adelaide’s south. It has its own uniform, classrooms and rules. WAVE embraces young people who have disengaged from mainstream education because of poor experiences, ill-health or even becoming a young parent; it gives students a second chance to move into the wider world.
It works. Last year 55 students transitioned from the program: 41 of them went into either paid employment or training; 13 were seeking employment; and just one was uncontactable, according to a recent survey.

WAVE’s success has been recognised in academia; it features in a two-year study of alternative learning programs by Victoria University’s Associate Professor Kitty te Riele. The study, Putting the Jigsaw Together: Flexible Learning Programs in Australia, is supported by the Ian Potter Foundation and the Dusseldorp Forum.
Professor te Riele’s findings will be launched at Victoria University, Melbourne, on September 5; leaders of the eight featured programs meet on the day for a workshop, with both Paul Sherman and Wirreanda Secondary School Principal, Tony Lunniss, attending.
“He is unbelievable,” Paul says of his school’s Principal. “Without his leadership and support it [WAVE] wouldn’t be possible. I am really looking forward to meeting the other programs and learning a lot from them. [It’s] absolutely crucial, to meet the other people to say ‘alright, how do you do this? We can all learn, we can all improve.” 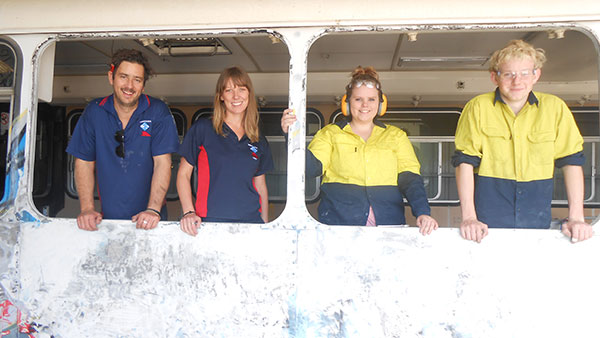 One of the keys to WAVE’s success is emotional safety; adults support students rather than judge, and Paul has autonomy to pick like-minded staff.
“I think it is probably the feeling of belonging [that is key to success],” Paul says. “The atmosphere of the program, the staff and the expertise they all bring, the caring empathetic nature and the support of the school. It would be impossible without the facility.”
On average, students spend around three years in WAVE. Most come from the adjacent high school, which has around 720 students, others through word-of-mouth. Students can participate until age 21; or 25 if they are parents. They weave a variety of individually tailored learning paths through three classrooms, a young parents’ room and an outdoor area with chairs and vegetable patch. Some study for their SACE (South Australian Certificate of Education), the state’s Year 12 leaving certificate; others transition into work, prepare for trades or undertake vocational education and training. WAVE provides a foothold in the world and a community to belong to. 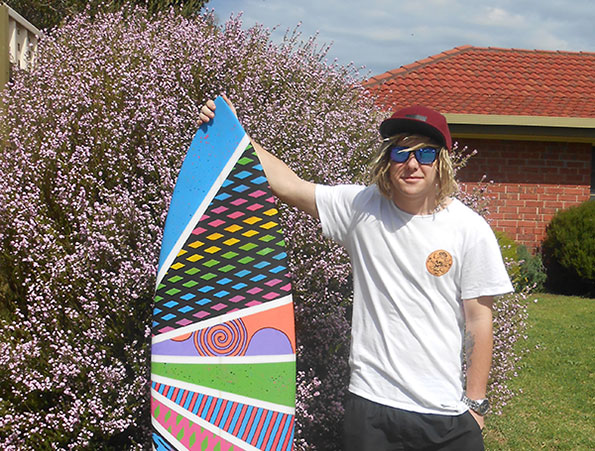 Associate Professor Kitty te Riele of Victoria University chose WAVE as one of eight case studies to research indepth.
“[WAVE is] really good in achieving practical outcomes, such as getting people credentials, making sure they leave with educational or vocational certificates,” she says of selecting the program. “They are also very good at identifying pathways for further work or study, and looking after young people’s personal well-being.”
Both Tony Lunniss and Paul Sherman believe all young people deserve an education.
“It doesn’t matter if they are disengaged,” Paul says. “I think a lot of the time it is circumstances [that disengage them], and often it is circumstances out of their control. 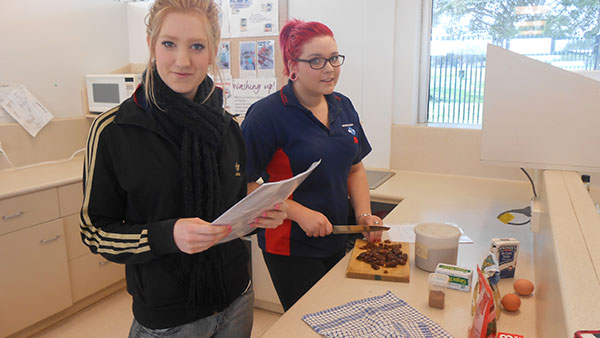 Putting the Jigsaw Together: Flexible Learning Programs in Australia will be launched at the Victoria Institute, the education research body within Victoria University, on Friday September 5, 2014. The two-year national research project was funded by the Ian Potter Foundation.
Detailed case studies from the project will be uploaded to our website where you can find our Learning Choices database of more than 900 flexible learning programs across the country.